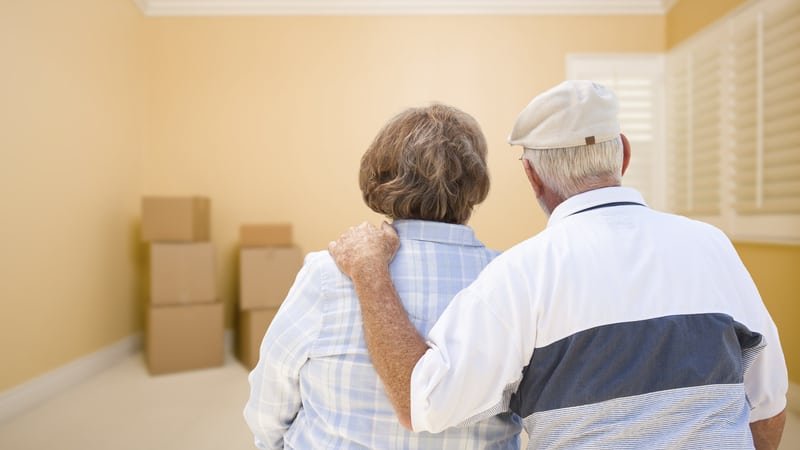 My 81-year-old father was diagnosed with cerebral small vessel disease a few years back. My sister and I, who live four hours away and only see him several times a year, have noticed subtle cognitive changes in him for a while now. However, it was only after he had a stroke almost two years ago and his deficits became more pronounced that my stepmom, Linda, started acknowledging them, and we all began to recognize the toll these issues were taking on her.

That’s when my sister and I brought up the idea of the two of them making the decision to move – either closer to us or to an assisted living community in their current area. They were both resistant to moving from the town where they’d lived all their lives. And while Linda would enjoy the socialization available at a senior living community, my father resoundingly nixed that idea as well. He loves his home, the yard he’s spent years tending, and the two-car garage that’s never seen a car but is packed stem-to-stern with all of the accoutrements of his many passions (fishing lures, deer heads, hedge clippers, screwdrivers, etc.).

To further cement their choice to stay put, my dad’s physician told my stepmom that “change is the enemy of dementia.”

While it’s possible that Linda will be able to care for my dad until the end, it’s also very likely that a health crisis will force them to make a quick, unplanned decision. The even scarier possibility is that my stepmom will get sick and my dad will have to go to a facility alone. Neither of these prospects are good ones. We want to be prepared and have started doing our homework. Here’s what we’ve learned when researching the decision to move.

So, when is the right time for a move?

Unfortunately, an alarm doesn’t go off telling you precisely when your loved one will need the care of professionals, but there are some obvious signs you can look for, such as aggressive behavior, sundowning (agitation after dark), and wandering. Another tipoff is when the person’s needs have reached a level that you simply cannot fulfill on your own or they’re just not safe at home anymore.

But while you’re keeping a close eye out for these signs in your loved one, be careful to not overlook your own mental and physical health. Are you perpetually stressed and overwhelmed? Is your own health diminished? Are you putting off a surgery or other medical care? Sacrificing your well-being for your loved one’s does neither of you any good!

Should you involve your loved one in the decision to move?

Research shows that a person in the earlier stages of dementia will usually cope better with the decision to move than someone in the later stages. Part of the reason is they can be involved in the decision-making process and feel like they have some control over the situation. Feeling forced to make this sort of life-changing move can have dire effects.

Talk over the move with your loved one and discuss their options. Sometimes it’s beneficial for someone other than the primary caregiver, such as a friend, religious leader or doctor, to have these conversations with the person. If they’re unable to participate in this process, you and other family members will have to take the lead on these tough decisions.

What should you expect after the move?

Moving is very stressful for anyone. Compound that with the confusion that a person with dementia feels even in familiar circumstances, and you have a trying situation indeed.

The stress experienced by a person with dementia when transitioning from one home to another is called “transfer trauma.” For some, this trauma passes quickly; for others it can be severe and last for weeks. Thankfully, transfer trauma is usually temporary and eases as the person makes friends, builds trust, and develops a sense of belonging where he or she is now living.

However, moving your loved one shouldn’t be done needlessly or too quickly, and the move should be executed with the utmost planning and care. Involving a social worker can help facilitate what can be a fraught process.

How do you ease the transition?

Prior to the move, take your loved one to the community where they will be living a few times to create a sense of familiarity. Introduce them to staff and residents. Social workers can also connect you with relocation transition specialists who are trained to help head the negative effects of a move.

Once you’re moved in, try to keep your loved one’s living environment as familiar as possible with furniture, pictures, and other décor that they will recognize. To minimize confusion and agitation in a new environment, install night lights or motion sensor lights to light the way to the bathroom at night. Use clocks that tell not only the time but also the day and whether it’s daytime or nighttime.

Thankfully, my dad is functioning well at home and my stepmom is able to care for all of his needs right now. But when the day comes that they will have to make the decision to move, we plan to be prepared for this transition.

Do you have too much stuff? Writer Jan Schwartz recognizes the tendency of Americans to hold on to unused possessions ...
[Read More] 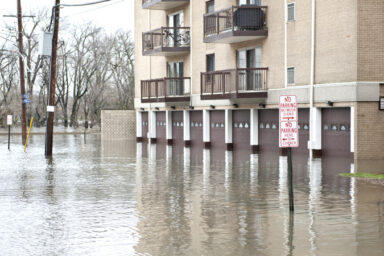