What Are the Early Signs of Delirium in Seniors? 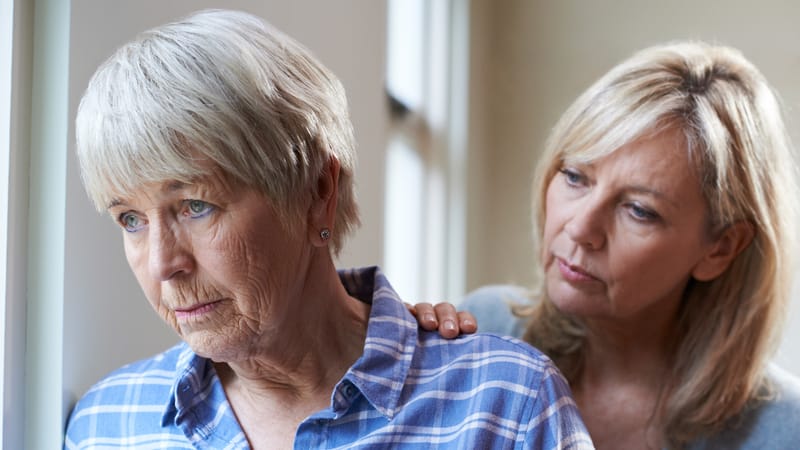 Delirium, also called “acute confusional state,” can happen to anyone, for a variety of reasons. It is not the same as dementia, although people with dementia may often suffer from delirium as well. Unlike dementia, delirium is temporary – as long as it receives proper treatment.

What causes delirium in seniors? People with certain health or medical conditions can be affected – for example someone with low sodium levels will often show symptoms of delirium. People withdrawing from alcohol or drug addiction will have “delirium tremens” – ranging from anxiety to hallucinations. Some medications can also cause delirium in seniors.

Hypoactive delirium. With this condition, the individual may become very sleepy or sluggish; not wanting to move at all. They may appear dazed – not knowing what’s going on around them.

Mixed delirium. In rare cases, people may have mixed delirium – being restless and hyperactive one minute, and then dull and sluggish the next.

There are many kinds of dementia – many people are most familiar with Alzheimer’s disease. Dementia takes time to develop. A person will begin to have memory and cognitive problems and they will worsen over time. It happens because of a gradual and irreversible loss of brain cells.

Delirium, on the other hand, occurs in a very short time span – because it is often linked to a medical condition that can be cured. According to the Merck Manual, with delirium have attention span issues, whereas those with dementia have memory issues.

But, early detection is key! (That of course is true for all medical conditions!)

Again, it may take time to diagnose delirium in seniors if they also suffer from dementia. It’s important for relatives to keep an eye on their loved ones and know their general reactions to every eventuality so that if their behavior suddenly changes, they will be aware that it may be dementia.

Seniors who live in nursing homes are at especial risk for delirium, but since delirium in seniors can be treated, their symptoms should not be ignored as “just another sign of dementia.”

A full recovery is more likely the sooner they are treated. When delirium happens in seniors with dementia, it may unfortunately cause a quicker decline in the patient’s memory and cognitive skills than would otherwise be the case.

Assessment for Delirium in Seniors

Remember that these signs will come on quickly. If the senior has never suffered from these symptoms before and suddenly does – that in itself is a sign it may be delirium.

Confusion. This is one of the first signs of delirium. The individual may not know where they are or when they are. They may not be able to speak in complete sentences, or won’t understand what someone else is trying to say to them.

Restless or lethargy. An inability to sit still, agitation, or being “combative” – or it’s opposite – a refusal to move. Being lethargic and moving slowly.

Changes in sleep. The senior suddenly starts sleeping during the day and staying awake at night, or sleeps restlessly.

Hallucinations. One of the most frightening symptoms is having hallucinations – seeing people or things that don’t actually exist.