Should I Retire in a Blue Zone? 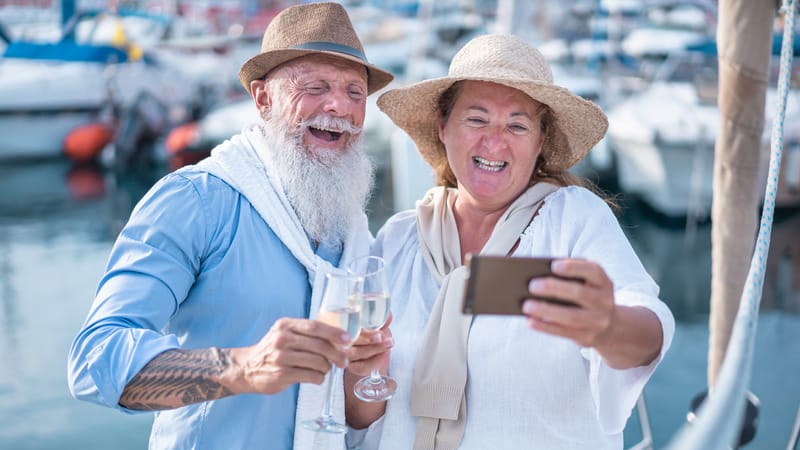 What if you could retire to the fountain of youth? Humans have searched for the secret to a youthful life from antiquity to the present, seeking the vitality and energy that can fade with age. Though a literal fountain of youth is a myth, several “blue zones” around the world seem to offer secrets to long life and happiness. Could these same magical places make worthwhile retirement locations? Could you retire in a blue zone?

The blue zone concept began with researchers Gianni Pes and Michel Poulain. In the Journal of Experimental Gerontology, they reported that Sardinia had the highest concentration of male centenarians. They drew blue circles on the map around the areas that could boast of extreme longevity – hence, a blue zone.

In his book, Thrive: Finding Happiness the Blue Zones Way, he also identified places where people are happiest, including Denmark, Singapore, and San Luis Obispo, California.

Should you retire in a blue zone?

If you’d like to move to a fountain of youth to extend your life and happiness, you’ll want to weigh similar factors as with other retirement destinations.

Pros and cons of retirement in the five official blue zones include:

Barbagia, Sardinia, Italy. The lifestyle is laid-back, climate is warm, fresh food and local wine are abundant, the public health-care system is efficient, and the landscape is beautiful. On the other hand, bureaucracy and taxation can seem burdensome. English isn’t widely spoken, few expats live here, and tourists can overrun the region during peak season.

Ikaria, Greece. This Greek island offers a healthy lifestyle – including the foods, walking for transportation, and low stress. It’s packed with natural beauty, joyful energy, and cheap rents. The wobbly Greek economy may scare away some retirees, as may the long ferry ride to the island and lack of a major airport or hospital.

Nicoya Peninsula, Costa Rica. Many people already flock to Costa Rica to enjoy retirement life. The Central American country has an abundance of expat communities and English speakers. If you retire here, you can enjoy rich rainforests, beautiful beaches, and exotic wildlife. You can also appreciate the low cost of living and pura vida – pure life. The Nicoya Peninsula on the Pacific Coast includes several towns that could become your new home.

Loma Linda, California. The Seventh-day Adventists make the “beautiful hill” a blue zone, not the location itself. So unless you embrace the religion, you may not find your fountain of youth. However, the Southern California city does offer a dry, sunny, and mostly warm climate and a culturally diverse population in a scenic suburban setting – along with a high cost of living.

Alternatives to retiring in a blue zone

If moving to a recognized blue zone isn’t your destiny, you can still find – or make – your own fountain of youth.

What does this mean for your retirement plans? It means you can find another community that prioritizes these values.

Dan Buettner founded an organization based on his findings. Aptly named Blue Zones, it works to empower individuals and communities to live longer and better. Its mission includes working with regions to increase the well-being of its people. Blue Zones transformations aim to:

Many cities around the U.S. have acted to improve the health of its residents, as with the Blue Zones projects. A quick Google search can reveal some of these cities and the actions they’ve taken.

Make your own blue zone

Finally, if you already know where you want to retire – maybe you’re already there – you can simply embrace the life-enhancing Power 9 habits. Dan Buettner has published several books to guide you, including The Blue Zones: 9 Lessons for Living Longer from the People Who’ve Lived Longest; The Blue Zones of Happiness: Lessons from the World’s Happiest People; and The Blue Zones Kitchen: 100 Recipes to Live to 100.

Better yet, you can work with your community to improve infrastructure and policies to improve health and happiness for you and all your neighbors.

The fountain of youth may be a myth, but you can nonetheless aim to live a longer and happier life – in a blue zone or wherever you retire.