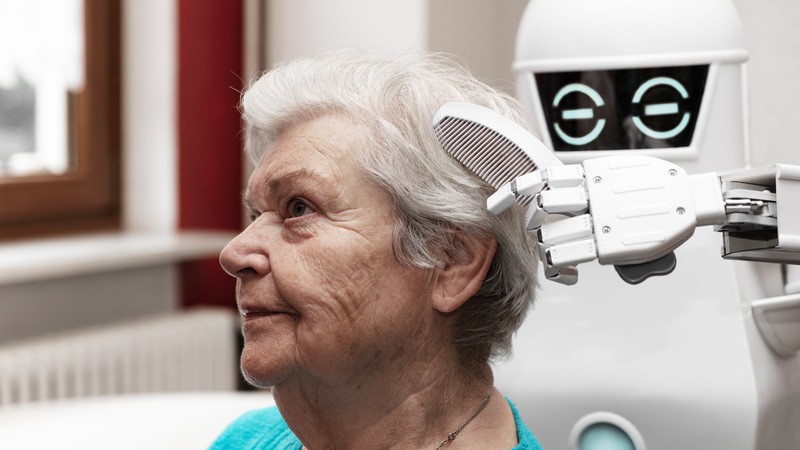 Can you imagine having a conversation with a 2-foot computerized humanoid or cuddling an electronic dog or cat for comfort? Maybe not. But as the population of seniors skyrockets in the coming years and there isn’t enough help to go around, plenty of us will be turning to these electronic pals, pets, and care-o-bots for companionship, entertainment, medication reminders, and many other support functions.

Robotic caregivers on the horizon of senior living take many different forms. While most of these care-o-bots are still in the development stage or not readily available in the U.S., you can now find a menagerie of robotic animals, including cats, dogs, seals, and koalas, which move and make realistic noises in response to touch, voice, and other stimulation. Called “socially-assistive robots,” these furry bots have been shown to ease anxiety and lift the spirit of seniors in nursing homes and memory care facilities, where loneliness is prevalent.

Everyone would agree that bits and bytes can’t completely replace human interaction; however, care-bots may supplement it and, in turn, even stimulate it. Take the senior with dementia who hadn’t spoken in more than a year. After stroking a robotic seal, called PARO, she began talking to her fellow residents and telling them about caring for animals on the farm where she grew up.

In the not-so-distant future, you’ll probably find more human-looking care-o-bots actually assisting staff in senior living communities. They may lead exercise classes, or remind seniors to take a walk or their medication; and, in some cases, even assess seniors’ health.

Clinical trials conducted in 2018 showed the effects of a humanoid service robot; it had dexterous hands, eyes equipped with cameras, and speech capabilities, named Sayabot. In these trials, the care-o-bots helped seniors use the restroom; played games with them; dispensed food, drinks, and medicine to them; and even called for assistance in the case of emergencies. At first, seniors were apprehensive about Sayabot. But it only took a few days for them to become accustomed to the robot; and even feel real affection for him/her.

According to a 2019 article in the Daily Beast, “Being freed from the worry that they’re inconveniencing or irritating human caregivers helps facilitate a real relationship between patients and the robots looking after them, and it’s not surprising that humans soften towards their care-o-bots.”

Case in point: When a 2-foot robot named Zora was brought into a nursing facility in France, residents surprisingly developed a close connection with her, kissing her and stroking her like a baby and telling her things that they wouldn’t tell the staff, reported a 2018 New York Times article.

These electronic caregivers don’t get tired like human counterparts, however, their batteries do run out. When that happened for Zora, seniors even admitted that they missed her!

Seniors Guide looks at what older drivers value most in a car and at some amazing, science fiction-like car safety ...
[Read More] 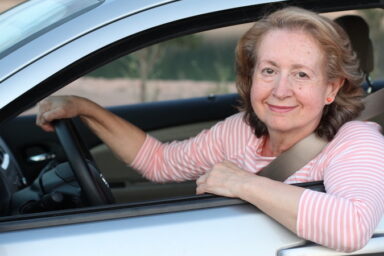 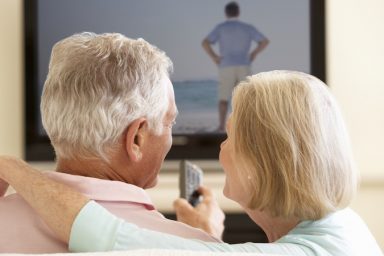