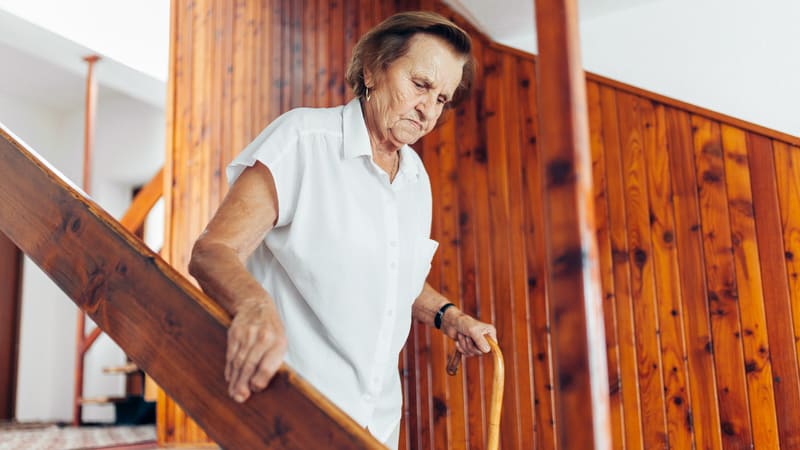 For many adult children, the time will come when their aging parents can no longer live independently. They will start to require more help than their children can provide. And at that time, both the parents and the children will need to develop a senior care plan.

But how do you know when an elderly loved one has reached that point? When is it time to look at senior living for parents? Sometimes the signs are apparent and easy to spot. Other times they might be more subtle. Children may notice a few memory lapses or minor behavioral changes and pass them off as isolated incidences that are a part of normal aging.

It can be difficult and gut-wrenching to see someone who always took care of the family now needing someone to care for them. But this role reversal can become a burden when children become their parents’ caregivers and keep them from leading a normal life with their family.

If you are beginning to question whether a parent or parents need senior living, here are ten of the most common signs that could suggest your parent would benefit from it.

According to AARP, more than 70 million people fifty or older have at least one chronic medical condition. And the probability of a chronic illness increases as people age. Suppose your parent has a chronic condition that is worsening or is recovering slowly from an injury. In that case, the need for more frequent medical monitoring could be one sign that it’s time to look at a senior living facility.

If a parent can still take of him or herself but isn’t motivated to do so, that is likely a red flag; and you should consider assisted living for them. Signs of poor hygiene include an unkempt appearance and body odors, indicating they either aren’t bathing or washing their clothes as often as they should.

The U.S. Census Bureau reports that over 11 million older adults live alone. When they isolate themselves, they lose their social interactions, resulting in increased chances for depression, addictions, and a higher mortality rate. Senior living for parents can benefit them in more ways than one!

When seniors lose a substantial part of their memory or have other age-related cognitive impairments, they sometimes become belligerent. Their aggressive behavior could be dangerous for the caregiver and the aging parent. The staff at senior living facilities are trained to deal with confrontational situations and keep their patients safe.

It’s not unusual for the elderly to avoid their financial responsibilities. They are either not motivated to deal with finances or cannot because of diseases such as dementia. As a result, unpaid bills can pile up and offer evidence that independent living is no longer feasible.

6. Neglected Upkeep of the House

Keeping their house clean and clutter-free is essential to the health of an older adult. A messy living area, accompanied by unpleasant odors, could be a sign that your parent cannot live on their own any longer; and that it is time to look into senior living for parents.

If a parent struggles to move around, it’s time to consider a senior living community seriously. Even though adding safety features in the house will help, they may not be enough to provide them with mobility. A senior living facility becomes a smarter and safer option.

8. Less Interest in Friends and Hobbies

When a parent who normally has friends and hobbies loses interest in them, it can be problematic. Moving an elderly loved one to a senior community, where trained workers will encourage them to make friends and pursue activities, could be the right choice. Especially when it comes to their mental and emotional health.

If you notice that an aging parent is not maintaining a healthy weight, it could mean they are finding it difficult to cook or have little appetite. If they can no longer prepare their meals or have lost their appetite because of an underlying health issue, they should be somewhere that they receive regular care.

Nearly 30 percent of Americans over 65 years of age fall each year, according to the U.S. Centers for Disease Control and Prevention. Even minor injuries become more severe for older people. If your parent is suffering from frequent injuries, they probably need more day-to-day help than they realize – or are willing to admit!

Moving your older adult parent, spouse, or other loved one into assisted living is likely one of the most challenging ...
[Read More] 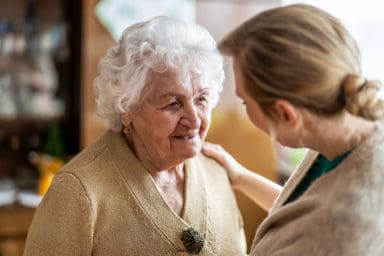 The cost of assisted living is the main obstacle many older adults must overcome before moving into a senior living ...
[Read More] 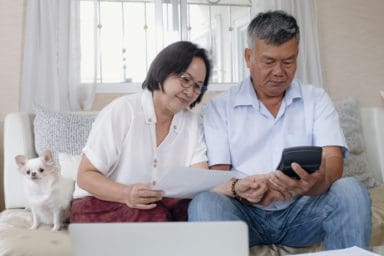