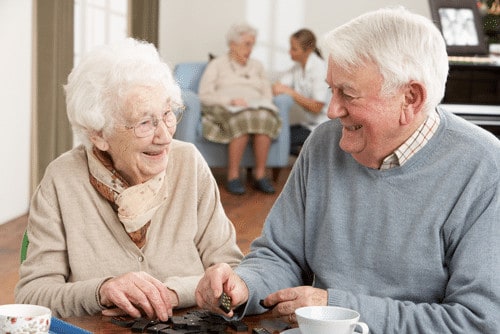 I owned a private duty home care agency for twelve years. I expected most of our business to be conducted in private homes. Ironically, about 52% of our care was provided to clients living in assisted living and continuing care retirement communities. It surprised me because often clients moving to senior communities do so for financial reasons; they want to decrease monthly care expenses and know the approximate rate for the long haul. There are scenarios where the facility care is not enough and private duty care is required, meaning an additional and unexpected care expense.

The Gallagher’s moved into a continuing care retirement community when they were both in their 70s and still independent. They knew that as their needs increased they could move along to assisted living and even skilled nursing care. Shortly after they moved in Mrs. Gallagher began having tremors, her speech had slowed and was flat, and she had balance issues. Mrs. Gallagher was diagnosed with Parkinson’s and promptly began two medications to assist with her symptoms. Eventually her symptoms increased in severity. There were days when her muscles were so rigid that Mr. Gallagher alone could not assist her. Facility staff was strongly suggesting that Mrs. Gallagher be moved to assisted living but the Gallagher’s had been married for 56 years and did not want to live apart. The solution was to bring in private duty caregivers to assist with all meals, personal care and ambulation. The care remained until her passing six years later. Mr. Gallagher still lives in the independent section of the community.

Mrs. Cooper was a little forgetful when she moved into an assisted living facility. The staff would check on her throughout the day, making sure she took her medications, and assist with her hygiene and clothing, and remind her to go to meals. The staff noticed she was growing more confused and even agitated. She was missing meals anoften forgot when she needed to toilet. She fought personal care which meant two facility staff had to assist her, something the facility could not provide long-term. She was sundowning, meaning she was often awake at in the middle of the night, and had started to wander out of her room into other resident’s rooms. Obviously this was disruptive especially as the facility had less staff on duty overnight. The nursing director told her family they either needed to move Mrs. Cooper to a skilled or memory care facility, or they needed to bring in private duty home care. The family was concerned that moving her would cause even more agitation and confusion, and they also knew that the facility had become her home, so they opted for 20 hours of home care per day.

While the additional expense of hiring caregivers was not anticipated, it did provide both families with optimal care situations. Many senior communities have relationships with private duty home care companies and will recommend their preferred ones. It’s of benefit to select a preferred provider as they typically know the community’s policies and work well with their staff; a win-win for all involved.

Seniors Guide has been addressing traditional topics and developing trends in the senior living industry since 1999.

For most seniors, the cost of assisted living is more than what they receive from Social Security. According to Genworth’s ...
[Read More] 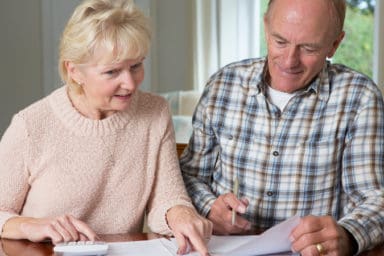 The COVID-19  pandemic has affected almost everything we do. Even trips to the grocery store, outings to restaurants, and visits ...
[Read More] 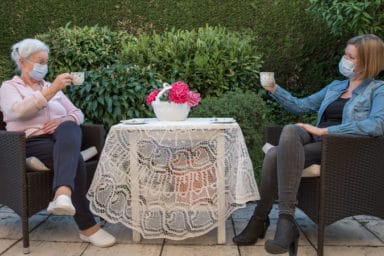