What Is a Dementia Village?

If you haven’t heard of them yet, there is an excellent chance you will hear about a dementia village in the not-too-distant future. First introduced in 2009 by Hogewey, a memory care center in the Netherlands, these long-term care homes are set up like villages and targeted toward those with advanced dementia.

Contrary to what many people think, dementia is not a specific disease. Instead, it is a generic term for the inability to remember, think, or make decisions. While Alzheimer’s disease is the most common form of dementia, there are others, and they all hamper everyday activities. And even though dementia mainly impacts older adults, it is not a part of normal aging.

How does a dementia village differ from traditional dementia care?

Located in Weesp, near Amsterdam, the village of Hogeway resembles any other small town with restaurants, shops, and a movie theater. It is designed with a courtyard surrounded by apartments that house the village’s 150-plus residents, all of them living with severe dementia.

Around 240 trained geriatric nurses and caregivers (called “villagers”) provide around-the-clock care that includes preparing meals, assisting with personal care, and administering medications. All villagers dress in street clothes, including the trained staff members who work at the various businesses throughout the village.

The primary goal of the dementia village is to focus on meeting the needs of the individual while respecting their values and preferences.

To that end, they encourage residents to be physically active while using less medication and minimizing anxiety and agitation. With assistance from villagers and volunteers, the residents participate in meaningful activities, such as shopping at the supermarket, having their hair done, walking in the garden, or attending concerts and movies.

Are dementia villages meeting their goals?

In 2019, the Canadian Agency for Drugs and Technologies in Health (CADTH) began to review the early evidence on dementia villages. CADTH started by trying to answer the question: Are dementia villages improving their residents’ quality of life?

Although researchers can define “improved quality of life” in various ways, for someone living with advanced dementia, that likely includes specific design factors, including home-like group living on a smaller scale and access to the outdoors with space and gardens in which to roam. And these factors are the essential elements in the dementia village concept.

Also, CADTH wanted to determine whether dementia villages would produce results appropriate for the money spent before incorporating them into the current health care system. Unfortunately, the agency could not garner enough information on the cost-effectiveness of dementia villages at that time.

Cost is an important consideration since this type of expensive care in a private facility will limit accessibility for many who need it. As the word gets out about dementia villages, there will need to be in-depth cost evaluations that include the initial cost to build the facility and ongoing expenses to operate it.

Interest in memory care centers based on the Hogeweyk Care Concept is increasing. Similar villages have cropped up in Italy and Germany. Several facilities fashioned after the village concept are being planned in Canada. And in the United States, smaller versions of Hogeweyk have already been built.

As more seniors face memory-related losses, many view dementia villages offer an attractive alternative to traditional long-term care facilities. As these villages are launched, more evidence must be collected to determine the benefits and costs of this special care.

Kari Smith, a professional musician and regular contributor to Seniors Guide, reflects on the friendship between Tony Bennett and Lady ...
[Read More] 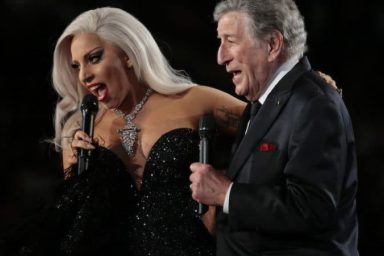 There are, of course, many facets to dementia other than just memory loss. One common coupling is anosognosia and Alzheimer’s ...
[Read More] 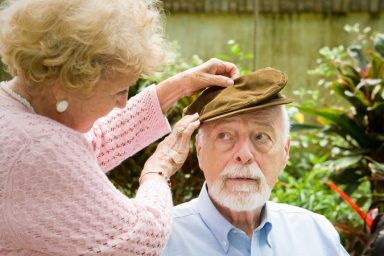