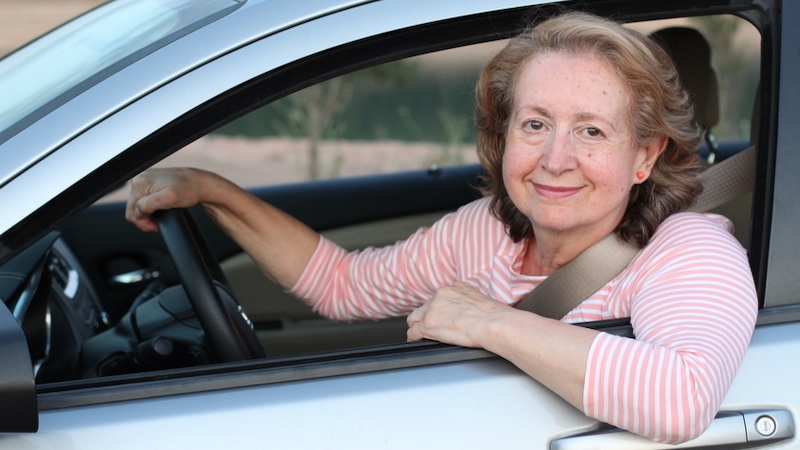 Seniors Guide looks at what older drivers value most in a car and at some amazing, science fiction-like car safety features for seniors driving today’s automobiles.

Here’s a riddle for all you older adults: What do you call someone aged 57-76 who drives a car? Answer: a boomer who doesn’t want to get busted for unsafe driving.

Seriously, though … A 2022 survey found that while younger drivers go for entertainment and convenience, baby boomers value safety features instead.

A majority of millennials and zoomers surveyed said they wanted features like an integrated GPS or navigation system, satellite radio, Bluetooth connectivity, and 5G mobile integration.

Seniors, however, have different priorities. Perhaps due to an increasing awareness of the mortality or added years of experience behind the wheel, older drivers place a higher value on car safety features. Although people become more risk-averse as they age, the inevitable physical and mental challenges of aging put older drivers increasingly at risk for serious accidents – harming themselves or others. Automobile safety features can mitigate the risks.

According to the automobile experts at Kelly Blue Book, airbags, seatbelts, antilock brakes, traction control, stability control, and backup cameras are mandatory in new cars. But some of the amazing optional safety features in late-model vehicles enhance safety even further. And they are top picks for baby boomers and other older drivers.

Typically tied to a lane keeping assist system, these features alert a driver who isn’t driving consistently in one lane. In Ford automobiles with drowsy driver alerts, the system vibrates the steering wheel and steers the vehicle back into its lane. Volvo’s is similar but also sounds an alarm and send a message suggesting a break. Nissan vehicles post a coffee cup image on the dashboard.

Pedestrian fatalities have increased at an alarming rate over the past several years, and car safety systems for detecting and avoiding pedestrians have made significant technological gains.

In a recent test, AAA found that pedestrian detection systems were “significantly challenged” in several of its simulated test scenarios. Still, a car equipped with pedestrian detection has the potential to alert a driver of a pedestrian or biker and, if the driver fails to react quickly enough, the car can brake to avoid the person or reduce the severity of injuries by slowing.

Related: When should a senior stop driving?

These warning systems provide visual, audible, and even sensory alerts to warn a driver at risk of colliding with a vehicle or object directly in its forward path. Insurance Institute for Highway Safety (IIHS) data show that forward collision warning (FCW) reduces rear-end accidents by 27 percent.

Using the antilock braking system sensors and independent four-wheel braking, the role of electronic stability control (ESC) is to keep the vehicle traveling in the intended direction. If sensors determine that a driver is losing control, ESC engages automatically to adjust for over and understeering.

Like conventional cruise control, adaptive cruise control (ACC) maintains a speed set by the driver. However, ACC makes it easier by automatically adjusting that speed relative to the speed of the vehicles ahead of you.

Night vision systems increase a driver’s sight distance in darkness or poor weather beyond the reach of the headlights – a definite plus for seniors, since difficulty with night vision is inevitable with aging.

These systems notify a response center in case of emergency. They can be activated manually, as with a vehicle breakdown, or automatically, as with a crash. Useful for any driver, these systems can be especially important for seniors with increased risks of sudden medical emergencies.

Designed for backup safety and activated when shifting into reverse, rearview cameras on automobiles offer a wider view of the space behind your car than rearview mirrors alone. This can be especially useful when neck and back stiffness make looking over one’s shoulder difficult.

This technology eliminates some of the risks of changing lanes by alerting you to vehicles entering the blind spots that drivers can’t see in their rearview mirrors. As with rearview cameras, these are helpful for with neck and back range-of-motion issues.

These new or relatively new functions and gadgets almost do the driving for you. But note the “almost”; at least until there are full-blown driverless cars, you’ll need to stay alert and monitor what your vehicle is actually doing! 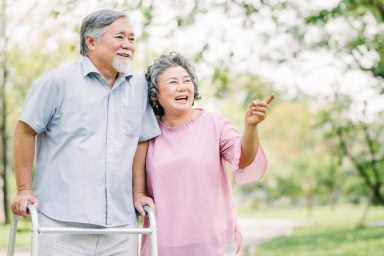 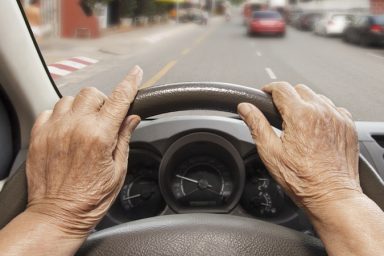