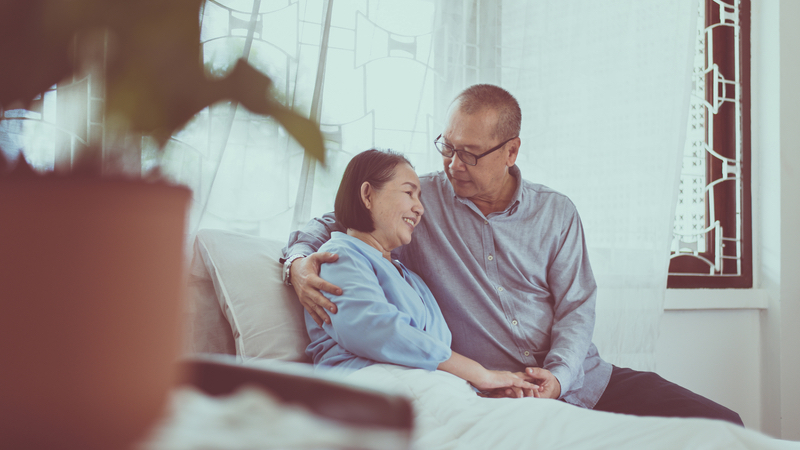 Bud and Nanette, who had been married for 43 years, were sharing a room in the memory care unit of a nursing home. Bud had been diagnosed with Alzheimer’s and cancer and Nanette with vascular dementia, but both were still very aware of their surroundings and each other. One day when an aide came to check on them, she found the two lovingly curled up together in Bud’s narrow hospital bed. The aide quietly closed the door and moved on to her next task.

Sadly, this is not always the response when staff in long-term care facilities encounter residents engaged in intimate or sexual activity. Although about 40 percent of those between ages 65 and 80 remain sexually active, according to a survey from the National Poll on Healthy Aging, many long-term care facilities have a woeful disregard for their residents’ sexual needs. They have neither policies to regulate this activity nor training for staff on how to respond to senior intimacy in nursing homes or other residential facilities.

That means that those working in these facilities must “wing it” when they encounter these situations, reacting purely based on their own personal beliefs or on residents’ families’ wishes. And not surprisingly, opinions on whether seniors should be engaging in sexual activity vary widely.

The result can be an intolerant and restrictive environment where seniors’ physical desires are ignored, discouraged, and even stigmatized.

One nursing home in New York has taken a more enlightened approach to this hot button issue. In the early 1990s, the Hebrew Home for the Aged formed a group of social workers, psychiatric nurses, therapeutic recreation specialists, researchers, residents’ family member representatives, and religious representatives to outline and document its residents’ rights to privacy, sexual expression, and intimate relationships as well as staff’s responsibilities in protecting these rights. The facility also produced a training video, delineating between appropriate and inappropriate sexual expression, for all long-term care facilities in New York State.

As a result of its pioneering policy, which has been in place since 1995, the Hebrew Home’s president and CEO, Daniel Reingold, says, “Anything people might do at home they’re allowed to do here.”

For example, when a senior in a shared room needs alone time with their love interest, the Hebrew Home relocates them to a private space. The home has also hosted happy hours and a “prom” to bring couples together. The Hebrew Home has even run a dating service to match eligible seniors. They residence presents a positive model of senior intimacy in nursing homes.

Discriminating on the basis of sexuality

Sexuality in long-term care is sticky enough on its own; however, the issue is compounded when the resident is lesbian, gay, bisexual, or transgender. When they are open about their sexuality, LGBT seniors often find themselves harassed, discriminated against, and socially isolated by fellow residents and even by staff.

Mary Blanchett, licensed nursing home administrator and president of Mary Blanchett & Associates Inc., Brooklyn, NY, notes in a survey regarding LGBT residents in long-term care: “Only a few residents have been out in the nursing homes where I have worked, and I have worked in nursing homes for more than 25 years. For those perceived as LGBT there are comments, whispers, and gossip about the residents amongst staff and other residents.”

Because many long-term care facilities do not train their staff on inclusivity, LGBT residents do not feel free to be themselves and choose to remain closeted while living in long-term care, referring to their partners as family members or friends and rarely pursuing new relationships in the facility. In these cases, senior intimacy in nursing homes is taboo, at least for these residents, and sexuality must take a backseat to simple existence.

SAGE Advocacy and Services for LGBT Elders offers cultural competency training for agencies that provides services for older adults, helping staff learn how to respectfully treat people who are different from them. It also offers a directory of providers.

In 2014, a husband was charged with third-degree sexual abuse for having sexual intercourse with his wife who had Alzheimer’s disease, after the facility claimed that her disease made it impossible for her to give consent. In this case, the husband was found not guilty, but consent is never clear-cut for residents with dementia or other cognitive impairments.

When a resident expresses interest in another resident, staff can consider a variety of questions to try to determine consent, such as whether the partners consistently recognize each other or if the relationship enhances their quality of life. However, gray areas still exist, requiring that long-term care staff be vigilant to prevent an abusive situation while still respecting each individual’s physical and emotional needs.

Since the Hebrew Home introduced its ground-breaking policy about residents’ sexual rights, a growing number of long-term care facilities have been taking steps to provide more progressive, individualized care that includes freedom of sexual expression for their residents. But many more need to follow suit to allow – or even encourage – senior intimacy in nursing homes. After all, an increasing number of people – including baby boomers – are moving to long-term care.

In a New York Times article, Dr. Cheryl Phillips, senior vice president for public policy and health services for LeadingAge, said, “They’ve been having sex – that’s part of who they are – and just because they’re moving into a nursing home doesn’t mean they’re going to stop having sex.”

If history is any guide, new boomer residents, who have had such a powerful impact on the world already, will be the trailblazers on this front as well.

Related: Other articles in the series include

Do you know how to choose the right hobby after retirement? A meaningful hobby will be enjoyable while providing important ...
[Read More] 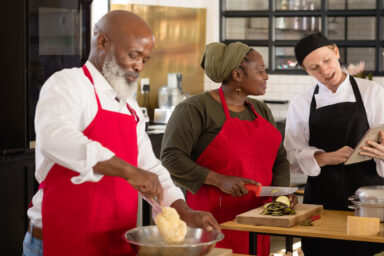 These retired parents question giving money to their daughter – again. When is enough, especially when grown children are irresponsible ...
[Read More] 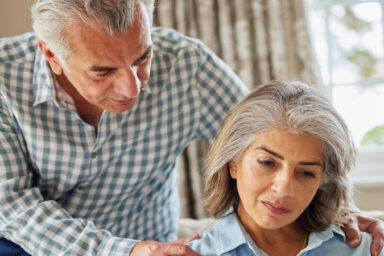