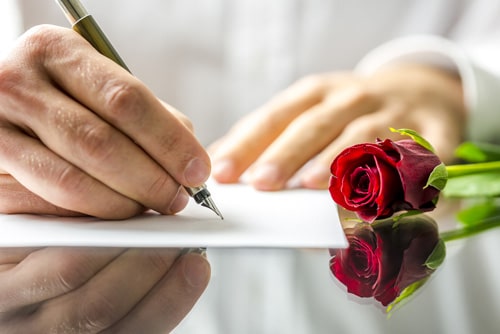 Recently, I stumbled upon two cards. One was from my father’s mother, dated 1983, the year she was diagnosed with stomach cancer. The “Thank You” card (Granny was always a stickler for sending them), although not in her handwriting, obviously contained her words: “Your visit meant so much to me. It really brightened my day.” It concluded with her assurance that she was “doing fine.” In other words, “don’t worry about me, honey!” She died almost a year to the day later.

The second card was written by my mother to her mother, a few days before her birthday and four years before she passed away at 94. It read: “With your 91st birthday quickly approaching, I wanted to tell you how much I admire your courage. … I can only hope that I am as brave.” (My grandmother had a hard life but weathered every storm with pure grace. Her strength lives on in my mother.)

Of course, I have many pictures of both of my grandmothers. I even have jewelry, vases, and pictures that belonged to them. However, somehow these yellowed, handwritten notes, found sandwiched in between letters from old friends, ticket stubs from dances, playbills, and whatnot, mean so much more to me than the more conventional memorabilia. A note is like a brief glimpse of a moment in a relationship, not only reminding your of recounted events but also evoking the person’s spirit in a way that a photo or a piece of crystal simply can’t.

A year ago, my mother was very sick, and my sister and I were pretty sure we were going to lose her. Because she was on a respirator, we couldn’t even communicate with her, robbing us of that last connection which might have helped us through our grief. We searched our phones for voicemail messages that we had neglected to delete but came up empty handed.

Before heading out for my hospital vigil one day, I found a box shoved back beneath some clothes in my closet, with a Post-it note written in my mother’s handwriting. The box, which had contained her wedding gift to me from the year before, read simply: “Wishing you and Don much happiness. Love, Mom.” I had no idea that I had kept the box, much less the hastily scrawled note, but the gift it delivered the second time around was far better than the first. I carried that note with me everywhere, until thankfully, Mom was well enough to tell me those things (and more) a few weeks later.

The lesson here is do not neglect to put your feelings in writing to the ones you love. No, emails and texts simply aren’t good enough! Your friends and family will treasure those love notes forever.

Share the impact of a card, notes, or letters you’ve received. 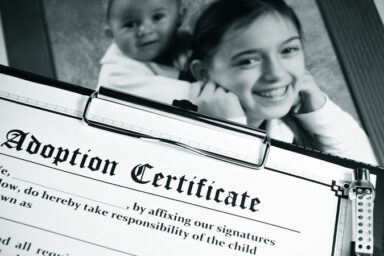