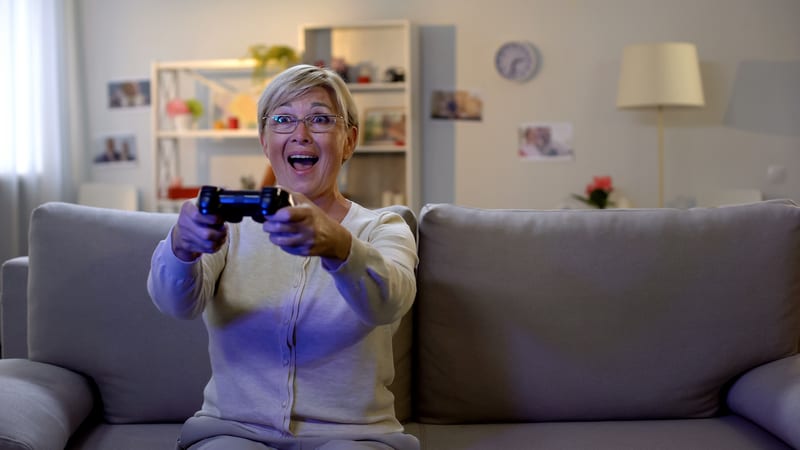 The stereotype of a video gamer is a teenaged boy sitting in his basement in the dark. But plenty of seniors are defying this stereotype of video games. Many spend increasing amounts of time these days filling in squares and moving animated characters around their screens.

In fact, a 2019 AARP survey found that 44 percent of 50+ Americans play video games at least once a month (or about 50.6 million seniors). And those older adults who play daily spend an average of five hours per week playing!

Just like their younger counterparts, most older gamers are playing video games just for the fun of it. But there are other benefits for the seniors too, including stress relief and staying mentally sharp thanks to the intellectual challenges, complex controls, and fast pace.

Gaming can also help combat social isolation, with 40 percent of older players reporting that they interact with their fellow players while playing (about the game and otherwise). Many also say it allows them to spend quality time with their grandkids.

One well-known 66-year-old gamer, who shared news of a heart attack online, said the overwhelming support he received from his many viewers was a powerful motivator to recover more quickly so that he could get back to gaming.

Surprisingly, more senior women (49 percent) than men (40 percent) are picking up their mobile devices and playing on a regular basis. And the biggest increase in gaming over the past few years has happened among those age 50 to 59; the population who grew up playing Atari and Ms. Pac-Man. Twenty-five percent of male gamers in this age group and 22 percent of females said they’d been actively gaming for more than 25 years.

Even those who can’t engage in much physical activity anymore – or get out of the house on a regular basis – can participate in a fun, spirited competition using their phone or tablet!

What Are They Playing?

Puzzles, logic, card and tile games are most popular with seniors; trivia, word and traditional board video games come in second. Action, shooter, racing, and sports games are far less in demand: less than 10 percent of seniors choosing this type of game.

Developers of video games would be wise to take note of this ripe market of gamers. With  games and functionality developed specifically for them, this market is sure to grow!

If you’re new to video games, here’s a great list to get you started. Or, get even more involved with virtual reality!

Take on the Scrabble Grams puzzle to improve your Scrabble game, to challenge your mind, or just for fun. Scrabble ...
[Read More] 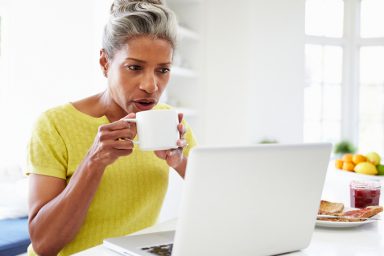 In this brain-stimulating, logic-based puzzle, the goal is to fill in the blank blocks with numbers from 1 to 9. ...
[Read More] 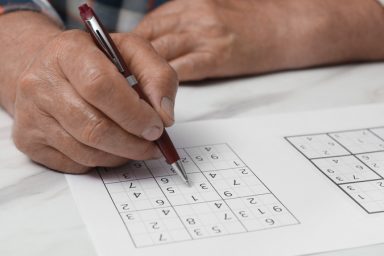