Cooking for Grandkids with Special Diets 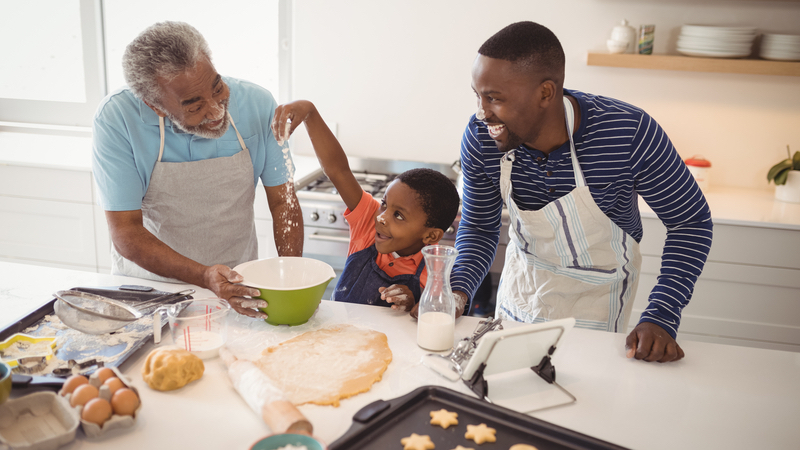 Writer and grandparent Donna Brody shares her experiences and guidance in cooking for grandkids with special diets, from vegan preferences to medical needs.

Into the mouths of babes

I will admit I completely freaked out a few years ago when I saw my three-year-old granddaughter pluck a weed from my front yard and start to eat it. She looked at me in total surprise as I quickly tried to pry it from her mouth while her mom broke down in a fit of giggles. “It’s okay,” my daughter-in-law finally choked out, “It’s edible.”

My granddaughter then looked up at me and said, matter-of-factly, “It’s purslane.”

According to Healthline.com, purslane is indeed edible. Purslane is “a tasty weed that is loaded with nutrients. It can be used in many of the same ways as spinach and lettuce, such as in salads or sandwiches. Purslane is very high in antioxidants and beneficial plant compounds, which may have various health benefits.” And, apparently, you can eat it straight from the ground. All those weeds in my yard could have made one heck of a big salad!

This incident was just part of my introduction into the vegan lifestyle practiced by my son, daughter-in-law, and their three children. My granddaughter is now almost nine, and I have adjusted to seeing her and her brothers pick things to eat straight from the garden or the grass. Recently, it was Nasturtiums, an edible flower almost too pretty to eat. They nibbled on them for a quick snack and then picked some to add to our salad at dinner.

Reframing expectations in cooking for grandkids

When I pictured myself as a grandparent years ago, I always thought I’d be preparing holiday meals that included large turkeys and hams along with weekend dinners of sloppy joes or hot dogs from the grill. Although this is the reality with some of my grandchildren, it is not with others. Aside from the family of five vegans, another son has a wife who is highly allergic to gluten and therefore follows a gluten-free regimen. Although their boys do not have to follow these same restrictions (at least not yet), the whole family finds it easier most of the time to eat the same meals.

Of course, I am not the only grandparent out there who is faced with cooking for grandkids who have special dietary considerations or restrictions. A dear friend of mine has a granddaughter who is a type one diabetic. She was diagnosed shortly after her fourth birthday. This was, of course, a huge shock and a challenge for her parents and her three siblings, but also for her grandparents.

“It’s very difficult for me to spoil her with any kind of treats,” Grandmother Cathy shared. “We need to ask her mom or dad if she can have anything. We know if she is hungry we can give her pickles, salami, or a slice of cheese because it won’t affect her sugar levels. If her numbers are low, we are told how many strawberries or Smarties to give her.”
Because of the child’s diagnosis, her grandparents have only been alone with her about three times in the past five years. This has been difficult for them, but there is good news, too.

“The good thing we noticed just on Monday is she is learning to make adjustments herself – when her parents tell her to do it and she already has,” Cathy added. “It is a terrible disease, but she is coping well at this age.”

Diabetes and food allergies or sensitivities to gluten, peanuts, shellfish, and other things are certainly the most serious but not the only consideration when cooking for grandkids. Just as kids come in all shapes and sizes, so do their food preferences.

Related: Engaging with grandkids in the kitchen

As something of a picky eater myself who doesn’t care for a lot of vegetables, I can sympathize with little ones who are reluctant to try new foods. On the other hand, some kids today are open to all kinds of suggestions. Many have embraced food trends such as vegetarianism.

Having grown up in the ‘50s and ‘60s, when most meals were cooked by our mothers and included meat, potatoes, a vegetable, and maybe some kind of bread, it is amazing to see the foods mom and dads are introducing to their toddlers and older kids in current times. I watched a vegan grandson cut up and devour a complete salad at the age of three. I don’t think I ever ate a salad until I was in high school. It wasn’t on the menu in our home. Another of my granddaughters claimed fettuccini alfredo as her favorite food before she could even pronounce the name. And, I’ve seen tribes of toddlers descend on a dish of artichoke or guacamole dip like it was ice cream.

It’s important for grandparents to accepting of their grandchildren’s food preferences.

Even though I, personally, would turn up my nose at the idea of eating beets or asparagus, I would be more than willing to learn to prepare those things for my grandchildren if they asked for them. Of course, most of them still ask for sweet treats, too, and we have found bakeries that offer both vegan and gluten-free options that taste as good as anything I could whip up in my kitchen. I also found a great recipe for vegan, gluten-free cupcakes online that was easy to prepare using ingredients, like applesauce, that I already had on hand.
Besides the internet, the rise in the number and popularity of cooking shows on television (even some just for kids) opens up new avenues for preparing and trying original and unique food creations.

So, before they visit, ask the grandkids what they had for dinner or a snack last night. You may be surprised at what you hear. Time to go shopping!

Cooking for grandkids – and with them – with these kid-friendly cookbooks

Your grandchildren may have preferences for plant-based foods for reasons of health, environment, or ethical treatment of animals. Whatever their reasons, your acceptance of their beliefs demonstrates your respect and love for them.

You may have had dreams of fixing old family recipes for and with your grandchildren. Chances are, many of these old favorites don’t fit vegan or vegetarian diets, but you don’t need to give up those dreams entirely. These three cookbooks offer healthy, tasty plant-based recipes that you can cook for or with your grandkids. Meal prep and mealtime can still be fun!

The Help Yourself Cookbook for Kids: 60 Easy Plant-Based Recipes Kids Can Make to Stay Healthy and Save the Earth

As an Amazon Associate, Seniors Guide may earn from qualifying purchases of linked books and other products.

Donna Brody is a former community college English instructor who retired to the Outer Banks of North Carolina. She enjoys freelance writing and has self published three romance novels. Besides writing and traveling with her husband, she keeps busy visiting her seven grandchildren. 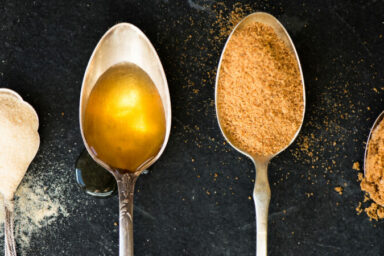