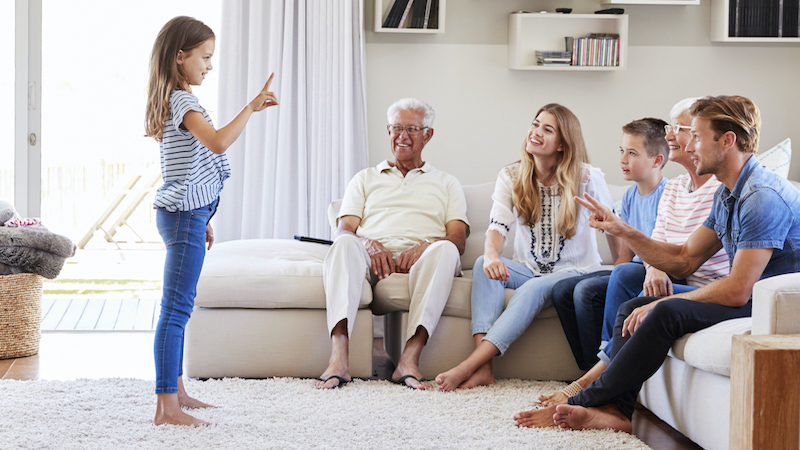 Games are often associated with childhood, but they can benefit people of all ages. They provide a social outlet, bonding us with friends and family and guarding us against solitude and depression. They help keep our minds active, supporting brain health. Funny games can even aid our health, through the benefits of laughter: it supports the immune system and cardiovascular health, makes pain more bearable, and more.

The funny games below have been chosen to provide all of these benefits! Play them with friends or family – or even with strangers at a group meetup. And if you’ve got a competitive streak, remind yourself that the object of these games isn’t winning – it’s having fun, enjoying social time and lots of laughter! In that sense, everyone is a winner!

Consider these games a “doctor’s prescription”!

This classic game doesn’t need any special equipment or complicated rules. Players simply act out words or phrases – such as common sayings or titles of movies, songs, etc. – and other players guess what they’re trying to communicate. The fun comes in letting yourself loose in the pantomime.

If you play this with children, consider purchasing a family-focused Charades game. Boxed sets such as Charades for Kids provide different levels of play, allowing players as young as 4 years old to participate while still offering challenges for older players.

This app-based game is similar to Charades, but the Heads Up app provides the words or phrases. For each round, one person holds the smartphone up to their foreheads, displaying the word/phrase only to the other players. The others them provide verbal clues for that player to guess. The app provides dozens of categories, with more categories (decks) available for purchase. It’s available for Android and Apple devices as well as virtually, including on Zoom and Facetime.

You can also purchase a boxed version of the game with pre-made cards, or play forehead Charades using slips of paper or sticky notes.

Related: A step-by-step guide to Zoom

This guessing game features five fun categories: people, words, acronyms, laws, and movies. The entries in each category are real but obscure – and usually wacky. Players write down a creative, made-up description of the entry (since they probably have no idea of the real answer!), and the “Balderdasher” for that round writes down the real answer. Players try to pick out the real answer, but often the made-up answers are more believable – and funnier!

Related: The benefits of laughter and funny games

The game of Scrawl is like the old game of Telephone. Instead of whispering the odd suggested phrases to the next person, players draw pictures to communicate the phrase. Using a stack of small dry-erase cards, the guesses are passed around the circle – alternating doodles and written-out guesses. When each stack has made the rounds, the final guess is revealed: is it the original phrase? More likely, it is an entirely butchered version! The laughter comes in the big reveal and the doodles and guesses as each one morphed along the way.

Cards Against Humanity is a current favor among funny games – and especially among adult party games. The subtitle sums it up: “A party game for horrible people.” Well, not necessarily horrible, really, but people willing to embrace dark or raunchy humor. One player asks a question from a black card and the other players respond with their funniest white card – which may be the most appropriate inappropriate response. Many cards are R-rated, as are the funniest answers, so this suggestive, uninhibited funny game is best to play with people who are not easily offended!

At first glance, this is a simple game. The players are guessing a phrase that one player is saying – no pantomiming or drawing needed. The catch? The player is wearing a mouthpiece that won’t let them shut their mouth. Imagine saying “He’s my stealthy pet ferret named Garrett” with a mouthpiece in. Hilarious sounds come out instead! Can you say, “This game will have you in stitches”?

As an Amazon Associate, Seniors Guide may earn from qualifying purchases of linked books and other products.

Exercise your mind by searching for words hidden in the Boggle puzzle cube. The more letters the better – plus ...
[Read More] 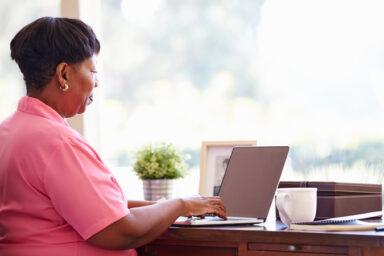 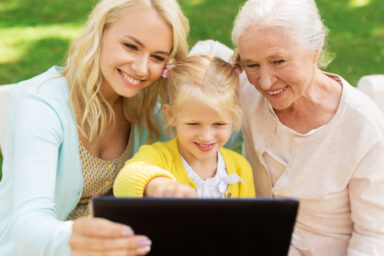