‘Forever After’: Thoughts on Dying and Death 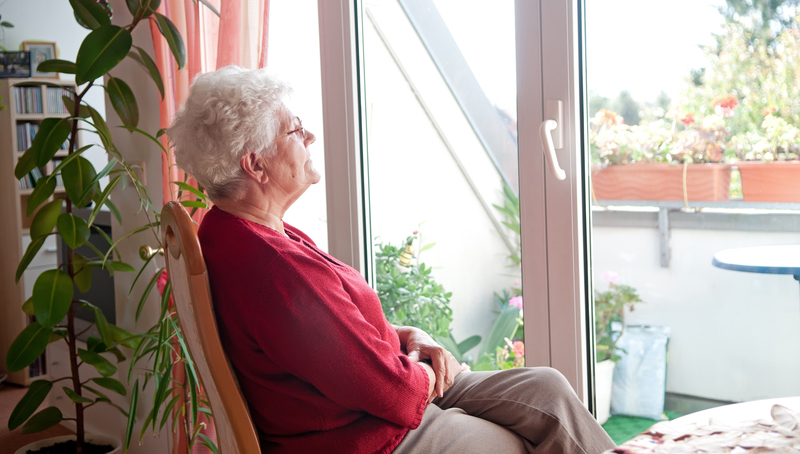 Sandra Butler’s essay, excerpted from “The Kitchen Is Closed: And Other Benefits of Being Old,” examines the 80-year-old’s thoughts on dying – How will it happen? How do I want it to happen? – on death, and her postmortem body.

Several months ago, there was a minor earthquake, a not uncommon phenomenon given that I live in the San Francisco Bay area. That brief but terrifying experience of feeling the ground trembling beneath my feet left me with strengthened resolve to once and for all get my earthquake kit together. I lived through the Loma Prieta earthquake of 1989, standing in the doorway as instructed, arms pressed against the door jamb looking like a terrified Samson holding up the temple. Clearly my procrastination had to end.

I printed out all the government-approved lists of all necessary items and began my preparations, comforted by the concreteness of this process, precautions that may, just may, affect the outcome of a catastrophic earthquake. Flashlights. Whistles. First aid kit. Sturdy shoes. I can do this. I gather pliers, duct tape, toothbrushes and toothpaste (like an S-M dungeon, but with good oral hygiene) for my emergency grab-and-go bag.

If not an earthquake, how will death come?

Even as I relievedly place my newly stocked go bag in the hall closet, I’m aware that I still need to prepare for my own personal earthquake. I don’t know if it will come with a jolt (hopefully in my sleep), in a series of shudders (with declining physical or mental capacities), or with the slow rolling of a serious disease, requiring me, in the military language of illness, to decide whether to do “battle” with whatever it is. Which leaves me with the biggest decision of all. Whether and even how to be or not to be.

How to decide these Hamlet-ian questions? Once women wanting to access a legal abortion needed both her husband and doctor to approve the procedure. Life is sacred, our opponents roared. Policies put boundaries around our options …

Now, in a parallel conversation about end-of-life choices, the policymakers need to be sure we are close to the end of our lives, too impaired to function without help that we often can’t afford to get, not simply depressed; the combination of sorrow and old age are considered an insufficient reason to want to end one’s life.

There is an underground, of course, just as there was in the l960s, providing women who wanted abortions the ability to access them. There will always be an underground. But that’s simply a first step of resistance, not an end point, which would be a respectful policy.

A slog toward death and visions of one’s own

The father of our daughters, a lovely and intrepid man, has lived too long. He is 98 now and confessed to me that he awakens in the morning with another day stretching out before him, one in which he can no longer walk, breathe without oxygen, remember much, or drink anything but Ensure (and an occasional vodka martini), and needs to give himself a good pep talk so he can move into the day with the best spirits he can summon. He’s lovely that way. But I’m not. I don’t want to live too long. I want to be in charge of when enough is simply enough.

I hope my death is not a sudden one because that would be hard on my daughters. Not on me. I would prefer it, but they would manage my loss better if I had a slow engaged decline before I popped off. That way they could have all the anticipatory conversations, review all the tender memories, offer the small, kind acts of love – everything they are both doing now that will allow them to release their dying father.

Related: ‘VSED’ to hasten death for the terminally ill

My preferred alternative would be to die in my own home, with minimal discomfort, surrounded by the people I love who will, in their own ways, say something in a tremulous voice about what we’ve meant to one another. I’d be lying in my own bed, looking like the dying women of the movies of my childhood; my hair would be freshly washed, my skin pale, no bleeding, nothing broken, no drooling or any bodily waste. Just me, smiling wanly and lovingly at the people gathered around me (my bed will not be against a wall so people can be on both sides and at the foot.) I’ll offer a composed goodbye, thank them for their presence in my life, and off I go. It’s corny and it’s dated, but it is just what I’d script for my death if I could be in charge. But I’m not, and if I live a bit longer, laws may change. Or unceremoniously, I may be hit by a bus. I understand that my death will unfold as it will. Both I and my plaintive lifetime attempts to be in control will have come to their inevitable end.

Yet my questions don’t end there. Now I’m left with the me who is dead requiring attending to what is formally identified as “the disposition of the body.” I have to decide about my body’s disposition or leave that weighty responsibility to my daughters. When they asked their dad how he wanted his remains to be remaindered, his response was a terse, “Dead is dead. Do whatever you want that feels good to you. I won’t be here.” While I certainly agree with him that dead is dead, I want to give this a bit more thought.

I’ve spent decades thinking about how to inhabit my political and spiritual Jewish self, but as nontraditional as many of my choices have been, I suspect there is a comfort in being disposed of the way Jews have traditionally handled this process over the centuries.

I’m a congregant in a small synagogue that has just the right blend of erudition, spontaneity, music and politics to make Jewish sense to me, and there is, as is true in most congregations, a Chevra Kadisha, a small group of volunteers that ensure that the departed (that would be me) is ritually cleansed, shrouded, and prepared for a traditional Jewish burial. The process is embedded in the belief that the human body is sacred and that even when the person who inhabited the body is gone, what remains is thought of as an impaired Torah scroll which while no longer useable, still retains its holiness.

I don’t think of my body as a holy vessel. Well, I did once when I practiced yoga, meditation and incorporated regular colonic cleanses into my practice. But that was a mercifully brief period, very long ago, and there is no need to go into it now. I’m drawn to the image of myself as an impaired scroll even when I won’t be in it anymore. I’ll be washed, all my crevices thoroughly cleansed, then rinsed three times and dressed in traditional burial clothing. There will be music or chanting going on while moving through each stage. That seems a lovely ending to consider.

My eldest daughter has asked to be a part of the taharah ritual, or at least a witness to it. My youngest is a bit more like her dad; ritual doesn’t provide a significant source of comfort and she’ll probably demur. But once I’m ceremonially cleansed and wrapped in white linen, the next hurdle presents itself. Am I going into the ground or into the furnace?

When he dies, my daughters will cremate their father as a way of respecting his lifelong nihilism. My parents and younger brother are under a birch tree in lot N row 4 in a large cemetery on the East Coast, but in the intervening decades since their deaths, I’ve never made a trip to stand before their markers. Not even once. That’s not to say that each of them and our unique relationships don’t remain fully alive within me. My mother especially. I hear her, more than 20 years after her death, and there is still something comforting about her voice, even though it’s still telling me the same things she told me 70 years ago. Stand up straight. Don’t fill up on bread and water before the main course even arrives. Make me proud. Make yourself proud. Varied bossy stuff like that. The same kind of stuff I still say to my daughters.

A lot of institutionally affiliated Jews have a very hard time, understandably so, with the choice of cremation. I too feel a bit uneasy about being burned up, given that the Holocaust was a central historic reality of my lifetime. But I do like the idea of ashes, of there being something tangible left of me. My eldest daughter might want an ornate urn with some of me in it. My youngest will probably opt for a teary scattering someplace, preferring framed pictures to an accumulation of leftover me. But there is no place that contains my history, holds memory and represents a sense of continuity. When my beloved died, she was cremated and her ashes scattered in our backyard, where mourners came with small plants to place in the fertile soil. That felt right. Generative. Respectful. We created a ritual to mark both her death and the beginning of new life. But it’s 32 years later now and I have no garden and live in an emotionally neutral landscape, so my daughters will have to agree on where to scatter the part of me that is not resting comfortably in a decorative urn.

Just as I hear my mother, my daughters will continue to hear me. That’s what I want. To be heard. Maybe deciding to place my remains in a specific spot they can visit will provide them some comfort. Or having an urn and some scattering. Either way is OK, just so long as my voice continues to ring in their ears and their hearts. Permanently.

“Forever After” is republished with permission from Sandra Butler’s book of essays, “The Kitchen is Closed: And Other Benefits of Being Old.” The book was released July 2022. The book covers a diversity of topics, from reflections on death and dying to yoga and aging bodies, technology and culture, divorce, and more.

Sandra Butler is the author of “The Kitchen Is Closed: And Other Benefits of Being Old,” a book of humorous, touching and personal essays. Butler doesn’t identify as a senior citizen, elderly, or even mature, she says, but as “unequivocally old.” While she addresses the inevitable limitations that aging brings, she also delights in the freedom that oldness confers, at least the freedom not to care about so many of the things that once seemed so important. Butler focuses on bringing the unspoken issues in women’s lives onto center stage.

“When she loved someone or even liked them a lot (and she liked just about everyone!), she was there for ...
[Read More] 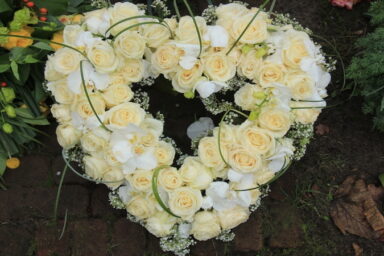 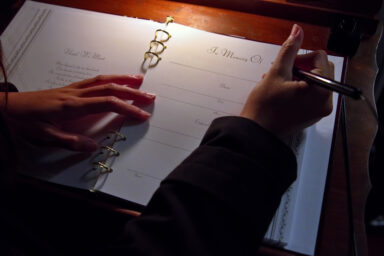