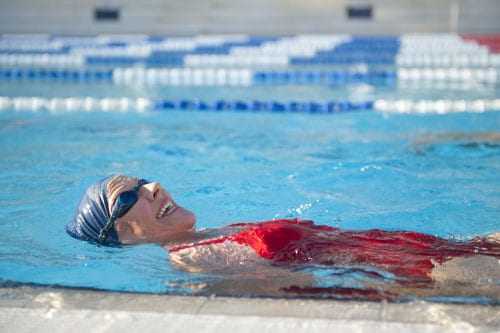 Being a caregiver to a spouse with Alzheimer’s or dementia can be extremely draining; physically and emotionally. It’s important that the caregiver get respite time to rest, recharge and renew their conviction to support their spouse.

Mr. Lewis had been caring for his wife with Alzheimer’s for five years when he finally made a simple plea for assistance. It was apparent he had contemplated such a plea for years. When he took his vows more than 40 years prior he never thought he would need a break from Mrs. Lewis but he barely knew the woman she had become. He needed some time away to run household errands but he also needed at least an afternoon of pleasure for himself. That usually meant spending time with some of his friends either golfing, playing cards or watching a ball game. Mrs. Lewis was in terrific physical shape but was mentally vacant. She seemed to know you were there but she was difficult to engage. In talking with Mr. Lewis about what might spark her interest, he mentioned that she used to love to swim. Perfect! Our caregiver Judy would bring her to the pool. He was concerned that Mrs. Lewis wouldn’t know what to do but Judy would get in the pool with Mrs. Lewis if necessary.

Judy arrived for her shift and Mr. Lewis anxiously provided her with his wife’s swim bag stuffed with her swimsuit, colorful floral bathing cap, swim shoes and towel. He wanted to come the first time buy Judy assured him that they would be fine. Judy eagerly watched Mrs. Lewis for some emotion when they arrived at the YMCA, but it didn’t happen. They went into the locker room and Judy guided Mrs. Lewis into her bathing suit and swim cap. When they opened the door to the pool it happened, a huge smiled engulfed Mrs. Lewis’ face! Quickly and with purpose she went to the stairs of the pool, climbed in and began to swim laps. She started with breast stroke, then freestyle and even some backstroke. When she had her fill, she climbed out of the pool and promptly slipped right back into her lost state. She was soaking wet and did not know what to do. She didn’t know to wrap herself in the towel when it was presented to her. She didn’t know to change out of her wet clothes. Regardless, Mrs. Lewis swam twice a week. In those moments she was her younger, healthy self. Occasionally Mr. Lewis would stop by and watch her swim without her knowing, just to catch a glimpse of the woman he once knew.