How Do I Know If They’re Early Signs of Dementia? 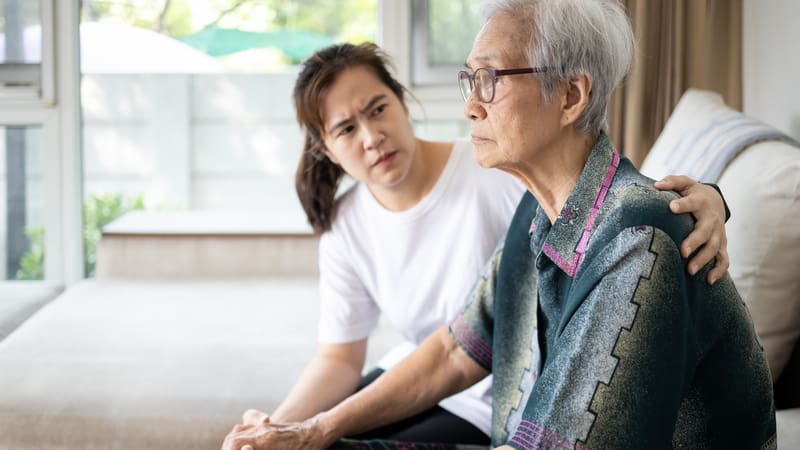 Dementia is an “umbrella” term for several medical conditions that cause memory loss and diminishing language and problem-solving abilities. Alzheimer’s disease accounts for approximately three-quarters of all dementia cases; but blood vessel blockage in the brain (vascular dementia), Huntington’s and Parkinson’s Diseases, and other causes are possible.

Just because you or a loved one is having memory issues, it does not necessarily indicate dementia. An individual must be experiencing at least two types of impairment that are significantly interfering with everyday life.

Other than memory problems, there may be impairments in the following areas:

These impairments are caused by abnormal brain changes activating a decline in cognitive abilities severe enough to threaten independence and affect behavior and relationships.

Here are ten of the most common early signs of dementia.

Memory issues can be one of the early signs of dementia or Alzheimer’s disease. The subtle changes usually involve short-term memory. For example, an aging parent can remember things in their childhood but not what they ate for lunch.

Other signs could be forgetting where they left something, missing appointments, or being unable to remember why they entered a room.

Mood changes are common with dementia. You might not recognize these changes in yourself, but you can spot them in others. Depression is a typical sign of early dementia, and an alteration in personality soon follows. Because dementia can affect judgment, one of the early signs of dementia may be a personality shift from timid to outgoing, for instance.

Those in the early stages of dementia or Alzheimer’s often have difficulty finding the right words to express themselves or explain something. A conversation with someone who has dementia can be challenging and requires extra patience.

A person exhibiting early signs of dementia will often become lethargic and indifferent. They might lose interest in activities that had formerly filled them with enthusiasm. Doing fun things, such as spending time with friends and loved ones, no longer interests them. Emotionally, they appear to be bored and listless.

In early signs of dementia, individuals who have lapses in memory, judgment, and thinking will look and feel confused. The confusion could be set off when they cannot find the right words, remember a face, or have everyday interactions with others. Confusion might also occur when they can’t remember what they should be doing next or misplace their car keys.

Subtle changes in one’s ability to handle routine tasks could be one of the early signs of early dementia. Balancing a checkbook can become challenging, or playing a game with numerous rules is all but impossible. As they struggle to complete familiar tasks, they may also find it hard to learn new things or become accustomed to new routines.

7. A declining sense of direction

The onset of dementia or Alzheimer’s typically causes a failing sense of direction, also known as spatial orientation. Individuals exhibiting early signs of dementia may stop recognizing familiar landmarks or could forget directions they had used regularly.

Because of memory loss, those with dementia will often tell the same story repeatedly, ask questions that have already been answered, and complete the same daily task several times.

9. Having a hard time following storylines

Following storylines can become problematic in dementia. As some people in the early stages of the disease start to forget the meanings of words or struggle to follow conversations, they also begin to have problems keeping up with the plots on TV programs.

10. Adapting to change becomes a challenge

Those in the early stages of dementia become afraid because of everything they are experiencing: failing to remember people they know, unable to follow a simple conversation, or getting lost on the way home after running an errand. Because of this, they are afraid of new experiences and have a strong desire for routine.

Forgetfulness and memory issues don’t always point to dementia. They can be part of the aging process or caused by other factors. Nonetheless, don’t ignore the symptoms. Talk to a doctor who may refer you or your loved one to a neurologist for a more comprehensive examination.