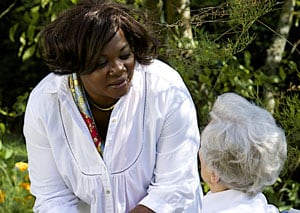 The following story of a young caregiver comes from writer Janet Faraone’s years as the owner and operator of a Home Care Agency in Richmond, VA.

Mrs. H was 98 years old, in relatively good health and lived alone. On laundry day she followed her normal routine of taking her basket of dirty clothes next door to her daughter’s home. She would do her laundry and visit with her daughter. However on one such day, she stumbled down her front steps and fell. Fortunately she did not break anything but she realized it may be time for her to get a little assistance so she ordered up home care. I loved her request. She wanted someone who made her feel young! One of our sweet younger caregivers Leslie had just become available but there was an age gap of 66 years. One of our staffers was concerned that they were complete opposites. The client was Caucasian, college educated, had grown up in a stable home of a successful family. The caregiver was African American, a high school graduate, who grew up in a broken home and was raised by her single mom. Thankfully there was no prejudice here. My biggest concern was the age difference.

Leslie was in her early 30s, a caregiver, happily married and already a mother of five girls. She was always cheerful, had a wonderful twinkle in her eye, the best giggle and a comforting smile. Leslie and Mrs. H would spend two days a week together and they had fun! The day included doing some household chores together and then getting out of the house. Mrs. H would get her hair done, they would eat lunch out, and do any necessary shopping or errands. I would check in periodically and every time both Mrs. H and Leslie would say they were ‘extremely happy together.’ They had become like family in all the right ways. Mrs. H’s family loved Leslie and her family, and Leslie was entrenched with Mrs. H’s family. We were aware that the professional boundaries did break down. As Mrs. H’s care needs increased she hired Leslie’s mother privately. Normally we would have frowned upon this situation, but Mrs. H had limited funds and wanted to remain at home. We were involved with the discussion and agreed with the plan.

When Mrs. H was 103, I met her and Leslie out for lunch. Mrs. H looked beautiful, having just had her hair done. We talked for a long a while. Mrs. H seemed especially peaceful when she shared with me that she had been saying good bye on recent appointments. She had been to her doctor’s office, pharmacy and hair salon, and thanked them all for their kind service stating that this would be the last time she would see them. She then told me how thankful she was for Leslie. She said Leslie was ‘her best friend.’ I was truly touched as I’m certain she had met many wonderful people in her very long life. Mrs. H passed away a few days later.

As I mentioned, Mrs. H was quite fond of Leslie and her family. She knew it was not easy to raise five children, and she knew that Leslie and her husband wanted more for their children. Again not something we would encourage, but Mrs. H left Leslie her car and also provided scholarship money for her youngest child’s education. Something any best friend would do if able.

Since they became old enough to get a driver’s license, most people have been in love with driving and the ...
[Read More] 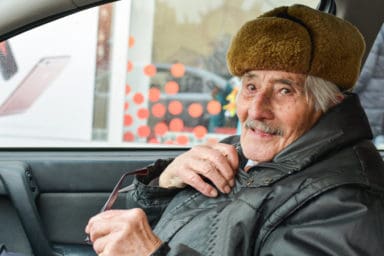 I’ve never been a particularly neighborly person. I’ve made small talk with the folks who lived around me, but never ...
[Read More] 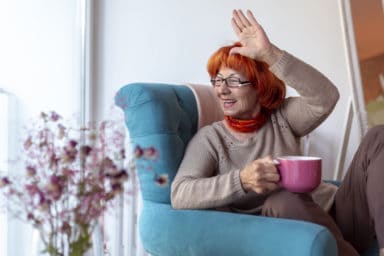